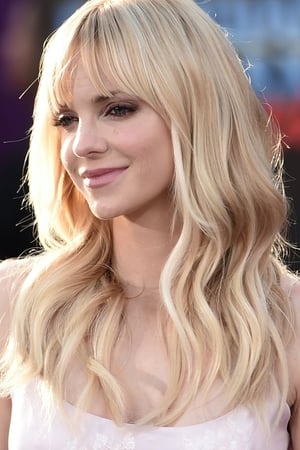 Anna Kay Faris (born November 29, 1976 height 5' 4" (1,63 m)) is an American actress and singer. She is known for her comedic roles in the Scary Movie film series, Lost in Translation, The House Bunny, Brokeback Mountain, My Super Ex-Girlfriend, Cloudy with a Chance of Meatballs, Yogi Bear, What's Your Number?, The Dictator, and I Give It a Year. Early Life: Faris was born in Baltimore, Maryland. Her family moved to Edmonds, Washington when she was six years old Her father, Jack, was a sociologist who worked at the University of Washington as a vice president of internal communicationsand later headed the Washington Biotechnology and Biomedical Association, and her mother, Karen, was a special education teacher at Seaview Elementary School in Edmonds. Faris has an older brother, Robert, who is also a sociologist and a professor at the University of California, Davis. Her parents encouraged her to pursue acting when she was young, and she gave her first professional acting performance at the age of 9 in a three-month run of Arthur Miller's one-act play Danger: Memory! at the Seattle Repertory Theater. She went on to play Scout in a production of To Kill a Mockingbird at the Issaquah, Washington, Village Theatre, and played the title character in Heidi and Rebecca in Our Town. While attending Edmonds-Woodway High School, Faris appeared in a frozen-yogurt TV commercial. After graduating from high school in 1994, Faris attended the University of Washington and earned a degree in English literature.Around this time, "my third or fourth job was a training video for Red Robin, which is a burger chain out West. I play, like, the perfect hostess. And I think they still use it," she said in May 2012. Personal Life: While filming Lovers Lane in London, Faris met her first husband, Ben Indra. They began dating in that year and were married in June 2004, but they divorced in April 2007, citing irreconcilable differences.As part of their divorce agreement, which was finalized in February 2008, Faris agreed to pay Indra $900,000 in addition to other property and acting royalties. Faris met her second husband, actor Chris Pratt, on the set of Take Me Home Tonight. They became engaged in January, and married on July 9, 2009 in a small ceremony in Bali. The couple has a baby boy named Jack.