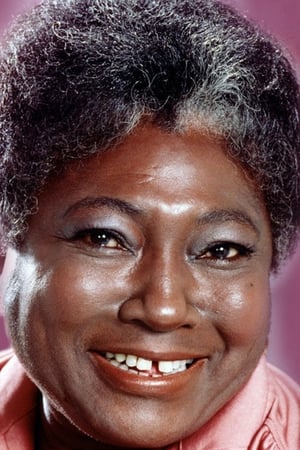 From Wikipedia, the free encyclopedia Esther Rolle November 8, 1920 Pompano Beach, Florida, U.S. Died November 17, 1998 (aged 78) Culver City, California, U.S. Cause of death Diabetes Resting place Westview Community Cemetery, Pompano Beach, FL. Education Blanche Ely High School Spelman College (attended) Occupation Actress Years active 1964–1998 Known for Florida Evans – Good Times Spouse(s) Oscar Robinson (m. 1955; div. 1975) Parent(s) Jonathan Rolle Elizabeth Rolle Relatives Estelle Evans (sister) Rosanna Carter (sister) Awards 1979 Primetime Emmy Award: Outstanding Supporting Actress in a Limited Series or a Special Summer of My German Soldier On Good Times (1974), L-R: Ralph Carter, BernNadette Stanis, Jimmie Walker, Esther Rolle, and John Amos. Esther Elizabeth Rolle (November 8, 1920 – November 17, 1998) was a Bahamian American actress. Rolle is best known for her role as Florida Evans, on the CBS television sitcom Maude, for two seasons (1972–1974), and its spin-off series Good Times, for five seasons (1974–77, 1978–79), for which Rolle was nominated for a Golden Globe Award for Best Actress - Television Series Musical or Comedy in 1976. Rolle is best known for her television role as Florida Evans, the character she played on two 1970s sitcoms. The character was introduced as Maude Findlay's housekeeper on Maude, and was spun off in the show's second season into Good Times, a show about Florida's family. Rolle was nominated in 1975 for the Best Actress in a Musical/Comedy Golden Globe Award for her role in Good Times. Rolle was 19 years older than the actor (John Amos) who played her husband James Evans. The James Evans character was only added after Esther Rolle fought hard for a father figure and husband to be added to the show. Rolle had fought for the father character on the show, more relevant themes and scripts and was unhappy when the success of Jimmie Walker's character, J.J. Evans, took the show in a frivolous direction. John Amos agreed with Rolle about Walker's character and was fired from the show after the third season ended. Later on, in a stand-off with Good Times producer Norman Lear, Rolle also quit when her contract ended. Although the show continued without her for the fifth season, she returned for the show's final season. In 1979 she won an Emmy for her role in Summer of My German Soldier, a made-for-television movie. Among her guest star roles was one on The Incredible Hulk in an episode entitled "Behind the Wheel" where she played a taxicab business owner. In the 1990s, Rolle was a surprise guest on RuPaul's VH-1 talk show. Her Maude co-star Bea Arthur was the guest, and Rolle was brought out to surprise Arthur. The two had not seen each other in years, Arthur said, and embraced warmly. Rolle also appeared in a series of psychic hotline TV commercials in the 1990s. "Tell them Esther sent you," was her trademark line.