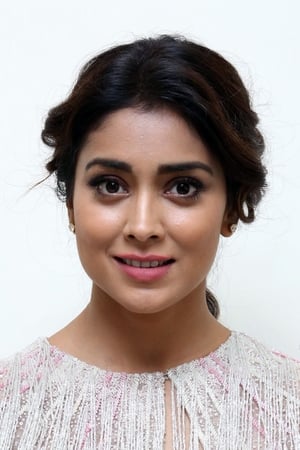 Shriya Saran also known by the mononym Shriya, is an Indian film actress, model and presenter. She has worked in mulitple of the regional industries of Indian cinema, including Hindi, Tamil, and Telugu language films, as well as a few films in English, Malayalam and Kannada. Saran made her film debut in 2001 with Ishtam and had her first commercial success with the Telugu film Santhosham (2002). She would subsequently appear in several Telugu films, while making in-roads in the Hindi and Tamil film industries. In 2007, Saran starred in Sivaji: The Boss, the highest grossing Tamil film at that time. Her following projects include such Tamil films as Azhagiya Tamil Magan (2007) and Kanthaswamy (2009), as well as high-budget Hindi productions like Mission Istanbul (2008), her roles in which have established her as one of the leading actresses in the South Indian film industry. In 2008, Saran played the lead role in the American-Indian co-production The Other End of the Line. Apart from her work in films, Saran has been the brand ambassador for several stores across India, endorsing beauty and health products. Among other activities, she has taken part in a number of charity organisations, and has recently opened a spa employing visually challenged people.