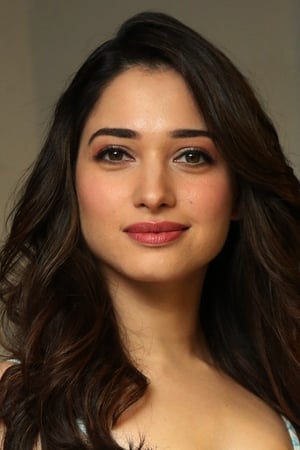 Tamannaah Bhatia also known as Tamannaah, is an Indian actress who predominantly appears in Telugu and Tamil films. She has also appeared in Hindi films. In addition to acting, she also participates in stage shows and is a prominent celebrity endorser for brands and products. In 2005, she made her acting debut in the age of 15 in the Bollywood film, Chand Sa Roshan Chehra and appeared in Abhijeet Sawant album song "Lafzon main" from the album Aapka Abhijeet which was also released in the year 2005, before working in Telugu cinema and Tamil cinema. In the same year, Tamannaah made her Telugu film debut in Sri, and the next year she appeared in her first Tamil movie, Kedi. In 2007, she starred in two college-life-based drama films, Happy Days in Telugu and Kalloori in Tamil. Her projects include the Tamil films Ayan (2009), Paiyaa (2010), Sura (2010) and Siruthai (2011), Veeram (2014) and Telugu films include 100% Love (2011). Other films include Racha (2012), Thadaka (2013), Baahubali: The Beginning (2015), Bengal Tiger (2015) and Oopiri (2016). She thus established herself as one of the leading contemporary actresses in Telugu cinema and Tamil cinema. Tamannaah has acted with major actors including Ajith Kumar, Vijay, Surya, Karthi, Dhanush, Jayam Ravi, Arya, Pawan Kalyan, Mahesh Babu, Nagarjuna, Allu Arjun, Ramcharan, Jr.Ntr, Ravi Teja, Prabhas, Saif Ali Khan, Ajay Devgn, Akshay Kumar, Ranveer Singh. She is one of the highest paid actresses in South Indian cinema. She is the first actress in India who was nominated at Saturn Awards (for Best Supporting Actress) but Lost to Jessica Chastain for Crimson Peak. Tamannaah received the Kalaimamani Award in 2010 from the Chief Minister of Tamil Nadu.